What to Do During an Anxiety Attack

“>Thankfully I’ve been able to get on top of my anxiety and I’m going to share some tips for how you can cope with anxiety attacks too.

What Causes an Anxiety Attack?

Before I share my tips for what to during an anxiety attack, it’s helpful to know why they happen in the first place.

It all starts with your brain zeroing in on a ‘threat’ and activating the fight-or-flight response. This coincides with an adrenaline boost, which brings on the typical symptoms of a panic attack.

This would be quite a good thing if you were facing actual danger but because the threat is a perceived danger and not real, these kinds of symptoms just cause more panic, especially if they have come on all of a sudden and don’t feel as though they are a response to anything.

The end result? The symptoms lead you to believe you are seriously ill or actually dying and you’re having a full blown anxiety attack.

Anxiety Centre describes them as an ‘involuntary anxiety attack’ that is caused by chronic stress that puts the body in high-stress mode and can encourage an anxiety attack for no obvious reason.

There is also a ‘voluntary anxiety attack’ which is triggered by worries that something bad will happen, which activates the stress response. This is a bit more obvious with regards to the trigger.

What to Do During an Anxiety Attack

Once an anxiety attack begins, it can be difficult to stop it in its tracks as the physical effects are already in motion. What you can do is to try to make the symptoms less intense and stop it reaching its peak.

Understand why they happen

If you have a good idea of why they happen, how the stress response works and what it does to your body, a lot of the fear of the unknown automatically disappears.

Fear is one of the big reasons why anxiety attacks happen and this keeps the fear cycle going. If you can tell yourself that an anxiety attack is a normal response to your mind having perceived a threat and that it isn’t anything to be overly concerned about health-wise, you can feel more in control of the situation and how you react.

Another important thing to recognise is that your anxiety attack will end. It won’t keep going on indefinitely and the quicker you can calm yourself, the sooner it will start to decrease in intensity. 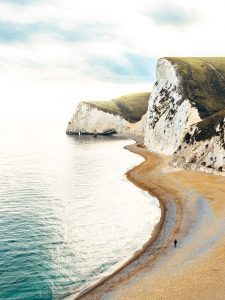 It can be hard to focus on anything other than how you’re feeling during an anxiety attack and this can intensify symptoms.

If you can refocus your mind away from it, this can be a way to reduce the severity of your symptoms.

When you feel panic setting in, distracting yourself from it can stop you getting too caught up in your own mind.

Walk around a bit

This can be the last thing you feel like doing when you’re shaky and panicky but if you’re able to move around a bit, it can be a good way to cope with an anxiety attack.

It encourages the blood to flow more and increases carbon dioxide levels a bit too so you you don’t hyperventilate as much.

If you can start to relax, you can effectively close off the stress response and bring an anxiety attack to an end.

One of the easiest but most effective ways to do this involves slow, controlled breathing. This helps to calm the mind and body. Anxiety Centre recommends breathing from your diaphragm in particular. This is something that you can do pretty much anywhere that an anxiety attack may strike.

Psych Central recommends using yoga or gentle stretching as a way to relieve some of the tension in your body.

Check out my online course for anxiety https://calmer-you.com/programme Stuart is the UK’s leading breathing expert and Host of BBC Radio 1’s Decompression Session. Stuart has unparalleled expertise in his field, helping people lead better lives through...

9 Quotes to help you to Overcome Perfectionism

Perfectionism is a double edged sward. Many people think of it as a good quality to have, but often the cost is greater than any benefit. If you find yourself beating yourself up, never feeling good enough and putting tonnes of pressure on yourself, it's time to...