ABOUT
PODCAST
BOOKS
WORK WITH ME
Home
Blog
APP
COURSES

In the UK alone, there were 8.2 million cases of anxiety recorded in 2013, with women being twice as likely to be diagnosed with anxiety disorders than men.  There may be a natural anxiety remedy to the rescue. Click here for your FREE anxiety-busting tool kit Chest tightness, sweating and an overwhelming feeling of losing […]

I'm a coach and hypnotherapist who helps people to create work life balance, quiet the inner critic and become their calmest and happiest selves.

Ready to Make a change in your life?

In the UK alone, there were 8.2 million cases of anxiety recorded in 2013, with women being twice as likely to be diagnosed with anxiety disorders than men.  There may be a natural anxiety remedy to the rescue.

Chest tightness, sweating and an overwhelming feeling of losing control. We’re all familiar with the feelings of anxiety and panic attacks. I’m no different. I’m well aware of how overwhelming and scary anxiety can make you feel, not only mentally but physically.

The actual symptoms of anxiety can range from very short to long and ongoing. It’s completely different for each individual. I don’t know about you but I found that little things would set me off. Such as leaving the house or meeting friends and all of a sudden it hit me.

According to the American Psychological Association, anxiety is an emotion identified by worried thoughts, feelings of tension and physical changes such as increased blood pressure. I’m not sure which is worse, the physical or the psychological symptoms that come with anxiety. Whether you experience mild symptoms or have regular full-blown panic attacks, it’s so important to find a method of coping that works for you.

Constantly living with tension and distress can be detrimental to your quality of life. The need for effective natural supplements to ease anxiety symptoms is greater than ever. As well as helping with anxiety, many health remedies are known to have other positive benefits. I’ve compiled a list of eight effective herbal supplements as an anxiety remedy. These could help to reel in your anxiety and get your life back.

Valerian is commonly used as a sleep aid for insomnia which can often be caused by anxiety, as you may well know. As well as aiding in a restful night’s sleep, valerian root is a natural remedy for anxiety. Mostly taken in pill form due to its questionable smell, valerian root encourages relaxation. One small study has shown that patients with generalised anxiety disorder found valerian root significantly reduced a measure of anxiety compared to the placebo. Valerian has been used for centuries and dates back to Greek and Roman times as a natural anxiety remedy.

A very well known anxiety remedy, it promotes relaxation and is available in different products. Today, it’s most frequently consumed in pill form. Some key benefits from the consumption of kava root are muscle relaxation and improved cognitive ability, just what you’re looking for in an anti-anxiety remedy. The use of kava as a treatment for anxiety has been reviewed in multiple studies and is an effective and safe treatment of anxiety, says Psychology Today. The natural supplement has been reported to interact negatively with alcohol but if you’re looking to improve your anxiety, it’s probably best to avoid alcohol altogether. 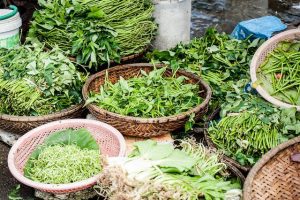 A bit of a mouthful, the herbal medicine translates to “smell of horse”. Traditionally used to treat anxiety, ageing and low energy, the adaptogenic herb has long been used in Ayurvedic medicine. Adaptogens are a class of healing plants that help to balance, protect and restore the body. Holy basil and liquorice root are also classed as adaptogens. Ashwagandha helps to balance the hormones that contribute to anxiety as well as help induce relaxation and aid sleep. There have been a number of studies that support the effectiveness of the herb as a natural anxiety remedy. In 2012, a study found that patients diagnosed with anxiety disorder showed significantly lower anxiety and 28% lower levels of serum cortisol when taking Ashwagandha as opposed to the placebo.

The bright yellow-green plant is also known as golden root or roseroot. Rhodiola is an adaptogen herb and is the second most consumed in traditional medicine. As an adaptogen herb, it can have a direct effect on your stress levels and your ability to control and manage stress. The herb has been shown to have beneficial qualities in the relief of anxiety symptoms. Rhodiola encourages calmness and relaxation as well as being a natural stress-reducing and anxiety remedy. 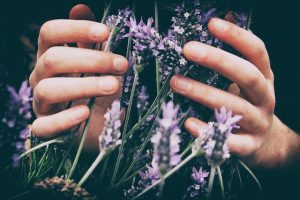 Widely used in aromatherapy, the plant’s essential oil is said to promote relaxation, something any anxiety-sufferer strives for. Lavender is available in pill form and alone as an essential oil. Several studies have tested lavender’s effect on anxiety symptoms. Published in 2005 in Physiology & Behaviour, a study on 200 people found that breathing in lavender whilst awaiting dental treatment both improved mood and lessened anxiety. Lavender has also been known to help encourage sleep which can be massively affected by anxiety. Placing a pot of lavender in your bedroom or perhaps a lavender pillow spray may help you nod off and improve your sleep quality.

The beautiful flower is used as a natural medicine for anxiety sufferers. Passionflower has calming effects on those feeling restless and anxious. It’s known to cause sleepiness for some so it’s best to take this one before bed after a busy day. Originally native to Peru, Passionflower has spread throughout the world. Some studies suggest the flower may help to relieve anxiety and aid sleep, however, more research is required to properly assess all the potential uses of passionflower, according to the National Centre for Complementary and Integrative Health (NCCIH). Some species of the flower may even help with treating stomach problems. 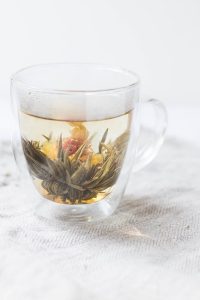 Having a sip on a cup of chamomile tea before bed to relax and set you up for a good night’s sleep is probably an anxiety remedy you’ve either done or heard of. If you’re not a fan of tea, it’s also available in pill form. Chamomile is a gentle, effective and natural way to treat anxiety. It’s also been known to ease digestion issues and encourage sleep, helping any insomnia-sufferers. In a 2009 study published in the Journal of Clinical Psychopharmacology, chamomile capsules seemed to have a calming effect on patients anxiety symptoms.

Most commonly found in capsule form, lemon balm is also an extract. It can be taken alone or added to a herbal tea. This natural anxiety remedy has been used since at least the Middle Ages in relieving symptoms and encouraging relaxation. Lemon balm may also be helpful in treating digestive issues and headaches. Known for its calming and soothing properties, several studies have found that lemon balm not only helps in relieving anxiety but can also improve mood and reduce stress.

Anxiety can wreak havoc on your well-being and day-to-day living. It’s so incredibly vital to find an effective way of managing, coping and in turn reducing your symptoms. Anxiety is a normal bodily function when faced with something new or daunting. However, it shouldn’t have the power to dominate your life.

Remember that every individual is different so the way your body may interact with natural remedies can be different. Herbal supplements us as an anxiety remedy. They are a great way to manage and relieve symptoms of anxiety in a natural yet effective way.

back to blog home

For a calmer you

Home
work with me
About
APP
blog